I suppose I “knew” God from an early age. I belong to a family where both my parents are Christadelphians, as were all of my grandparents and most of my great grandparents. I went to Sunday School and we regularly read the Bible together at home.

I learnt a lot about Bible characters, their different stories and the teachings of Jesus. Growing up, I think I took it for granted that God exists, that the Bible is God’s Word and that it is literally true – Noah did build an ark, the Red Sea did part, Jesus did rise from the dead.

Through my teens I realised I would have to decide whether I believed these things or not for myself. Believing the Bible just because I’d been taught to do so when I was young wasn’t going to be good enough anymore.

Christadelphians don’t baptise children – that has to be a personal commitment which you make for yourself.

If anything, the thought of joining the church simply because most of my family had before me, made me delay the decision. If I was going to be baptised I wanted it to be for the right reasons and I wanted to be serious about the commitment I was making.

I was finishing my A levels. I’d applied to universities but didn’t really want to go. I’d deferred my entry in order to take a gap year but didn’t know what to do. Life was changing around me and I didn’t know where I was heading.

I realised that one consistent thing had been the Bible. I appreciated the same passages in new ways. I listened to familiar teachings for the first time. I started to get to know God.

I was baptised and I’ve been getting to know God ever since.

Click here for the Spring 2013 edition of Walsall Christadelphians Newsletter. I guess I always wanted to know and learn more about God and the Bible but never knew how to go about it or where to start… such a massive book, where do you begin?

I was brought up in a Christian household and went to church every Sunday, became a Sunday school teacher in my teens and always felt I needed and wanted to know more about the Bible.

After some trials in my life and having a child ask me the question “What do you think happens when you die?” I started looking into what I actually believe. Who is my God? I know I believe in Him but what is that big book really all about?

I started reading my Bible from the beginning and couldn’t make much sense of it. I had lots of questions and was determined to find the answers. I’d heard about Christadelphians and turned up at a Bible class one night by myself, I didn’t know anyone and I felt a bit out of place. The first thing I learnt was to read the Bible for myself! I had A4 pages of questions and people to ask to try and figure out what the Bible actually teaches. After looking into it for about a year and becoming confident in what I believed, going to my nearest Christadelphian church and reading my Bible most days, I got baptised into the saving name of Jesus Christ and started my journey to the Kingdom of God.

My family have different beliefs to me and sometimes this can make life difficult but that’s why this verse means a lot to me and I try to remember it every day.

“I can do all things through Christ who strengthens me.” Philippians 4:13

In this edition of our newsletter:

You are very welcome to join us for two evenings of praise around God’s Word on 23rd September and 16th December.

The subject for the evening on Sunday (23rd September) is: “The Way to Life or Death You Choose”

We meet at the Scouts Hut in Aldridge and will be starting at 5:00pm.

Of course, you needn’t wait until then to get in touch. We meet every Sunday and throughout the week. Look around the website for more information, call John & Sally on 0121 530 0621 or email info@walsallchristadelphians.org.uk

We are having an evening of praise around God’s Word. We’d love to see you there! 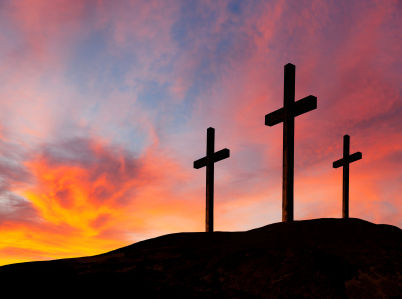 “Good Friday” is the day on which we remember that Jesus – as an innocent man – was condemned to death by crucifixion.

Where is the good in that?!

Last Sunday (Easter Sunday) we held a talk to investigate. John Benson, who meets with the Christadelphians in Stevenage, lead a study under the theme “Why is ‘Good Friday’ Good?”. You can listen to a recording of the talk here.

If you would like more information about the relevance of Easter or have any other questions about the Bible do get in touch.

We are holding a praise evening this coming Sunday (18th March) at 5pm in the Scout’s Hut, Middlemore Lane, Aldridge.

Everyone is invited and will be given a warm welcome.