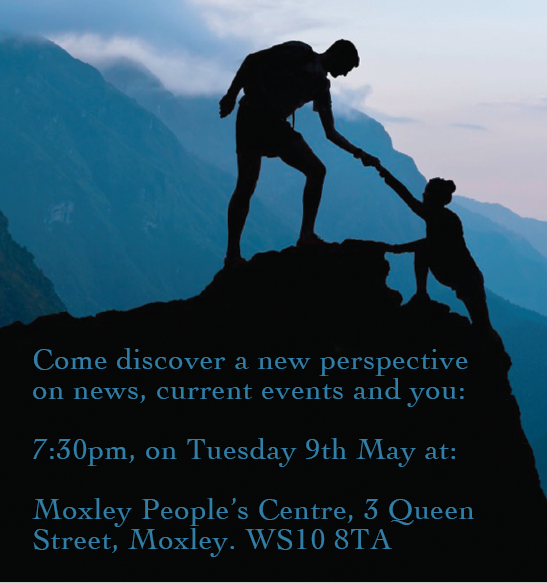 A general election has just been called in the UK,
Brexit is being negotiated,
France is electing a new president,
Terrorist attacks in London and Paris…

We are living in uncertain times, but the Bible can give us reassurance and confidence for our lives. We’d love to invite you to our next free public talk to explain why.

The Bible: The Word of God: Reliable and Relevant in an Uncertain World

No booking required, but please get in touch if you have any questions.

The Bible – The Word of God 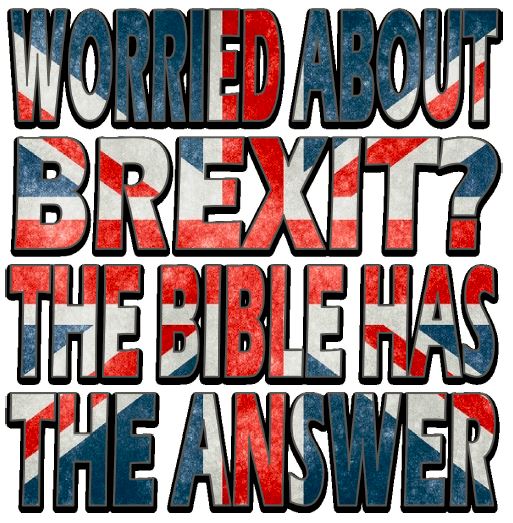 Are you worried about Brexit? Anxious about the consequences of the UK’s decision to leave the European Union?

Walsall Christadelphians are hosting a free public talk on the subject on Tuesday, 29th November at 7:30pm.

Light refreshments will be provided. Booking is not required but please contact for any further information: info@walsallchristadelphians.org.uk

Please note that on Sunday 11th September we will not be meeting at our usual venue but at the home of John and Sally. Please email (info@walsallchristadelphians.org.uk) or call (0121 530 0621) if you would like to attend and want some more information.

As many of our members are away, there will be no meeting on Sunday, 19th June. 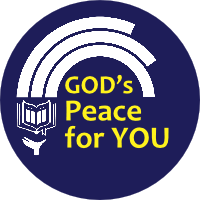 The Christadelphians in Stafford and Cannock are jointly hosting a series of events this Easter under the theme “Peace 4 All”.

Events include: A Bible exhibition, a dramatic presentation of the evidence for the question “Did Jesus really die on the Cross?”, Children’s Summer School, Evening presentations and more…

As many of our members are away over Easter there will be no meeting on Sunday, March 27th.

We are launching a new series of informal presentations that explore the key messages of the Bible and their personal relevance to 21st Century people.

Come along to our first presentation under the title: A Vision for Peace in the Middle East.

We are proud to present our series of FREE Gardening Workshops. Qualified horticultural lecturer and member of Walsall Christadelphians, Jon Ensell, will be leading three activity sessions on the theme:

“An Historic Look at Gardening in the Bible”

The sessions will last around an hour with tea, coffee and cake provided free of charge. Please contact Jon or Claire Ensell for more information or to book on 0121 353 3481 or email info@walsallchristadelphians.org.uk The sessions will be hosted at:

Sibling relationships aren’t always easy, but few involve throwing your brother into a pit and then selling him into slavery. Things were pretty desperate in Jacob’s household and the events that unfold in Genesis 37 resonate with the way Jacob chose his wives and the favouritism he showed to them after their marriages, loving Rachel more than Leah (Genesis 29v30). The sisters struggle together as they bear children to Jacob (Genesis 30v8) and similarly the brothers struggle with jealousy when their father shows greater love for his son Joseph than his other sons. Throughout the account only Joseph shows unerring faithfulness in his dealings with his brothers, despite the evil that they did to him. He saw God working in his life and trusted in Him, knowing that God had a greater purpose for his people, and that all things were working for Joseph’s good (Romans 8v28).

What an example Joseph is of patience towards his brothers. Even they can’t quite believe it. When their father has just died they send to Joseph to try to appease the punishment that surely he is going to exact on them following Jacob’s death. That wasn’t how Joseph thought about things. He weeps when they send to him, and reassures them that he is not in the place of God but will nourish them and their little ones. He speaks to them of God’s purpose and encourages them in faithfulness (Genesis 50).

This doesn’t look much like the sibling rivalry we sometimes see but Joseph was building a household of faith based on the promises God had given to his fathers. He understood that through God’s great plan of salvation, he and his brothers could share together in God’s kingdom and should help one another to that end, rather than fighting.

His comfortable life had suddenly been thrown into turmoil. His older brother, mad with rage that he had been deceived and supplanted for a second time had promised to kill him. His brother was not a man to make threats lightly.

He fled from the parents and the home life that he loved and travelled to put as much distance between himself and his brother as possible. As darkness fell, too afraid to go into the nearby town, he lay down in the open with nothing but a rock for a pillow.

That very night he had a dream and a message of comfort and of hope from God. “Behold, I am with you and will keep you wherever you go, and will bring you back to this land. For I will not leave you until I have done what I have promised you.” Genesis 28v15

Then Jacob awoke from his sleep and said, Surely the LORD is in this place, and I did not know it. Genesis 28v16

Want to learn how the story continues? You know where to find us.